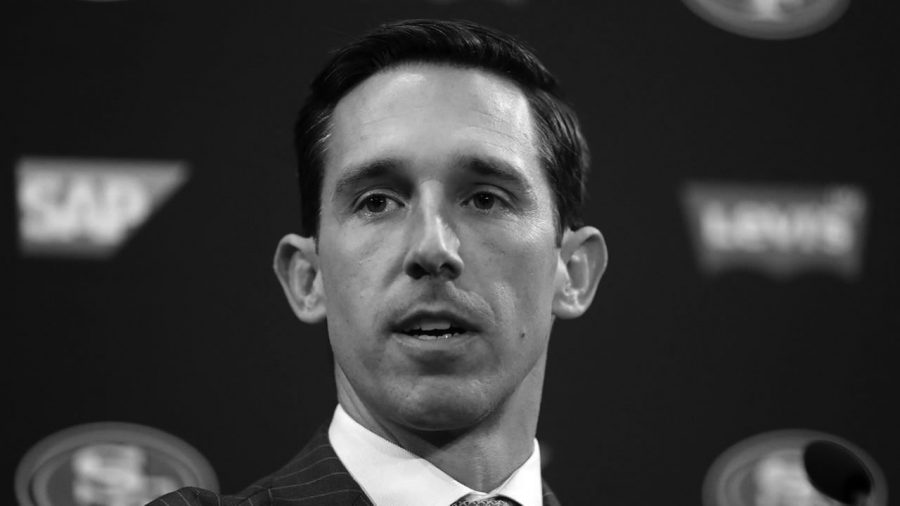 Kyle Shanahan is introduced as the 20th head coach of the San Francisco 49ers at Levi Stadium on February 6th.

Now that the NFL offseason has started to die down, all eyes have moved to the upcoming NFL draft where the 49ers have the second overall pick. With speculation around what the Niners are going to do with that pick, people are saying the Niners need to start building a defense by picking, a defensive end out of Stanford, Solomon Thomas.

Although Thomas is a great defensive end and would surely help the Niners horrendous defense from last year, his main obstacle is his size. His 6 foot 3 inch frame puts him a little too small to play inside but not a big enough wingspan that he could hold his own on the outside.

But Thomas will definitely be an impact player in the NFL once he finds his rightful position, and with the Niners in a full rebuild, letting him settle in and try to find his spot will certainly help him and the Niners in the long run.

However, with a still gaping hole at quarterback and the second selection in the draft, most people think they should go for a quarterback. Picking a quarterback with this spot is too risky. There just simply aren’t any quarterbacks in this draft worth a number two pick.

Trubisky (UNC), Kizer (Notre Dame), and Watson (Clemson) are the top three names, but they aren’t NFL ready. Any of the three would be a risky pick while a full rebuild is going on around them. You can develop a defense and then find a quarterback through free agency or trades or many other ways. The way to go with that pick is Thomas and that will start the journey to getting this storied franchise back on the top.

This offseason the 49ers started a full rebuild up and down the entire organization. The team was without a head coach, a general manager, a capable quarterback and holes almost everywhere else on the roster.

They made their first splash in free agency by signing ex-Atlanta Falcons offensive coordinator Kyle Shanahan as head coach and ex-49er legend and Hall of Fame finalist John Lynch as general manager to six year deals showing that the storied franchise is in fact buying into a full rebuild.

With the two biggest openings filled, move on to the roster. Without a quarterback on the squad at the beginning of the offseason that was the gap to fill first. The new front office went out and signed two average backup QBs in Matt Barkley and Brian Hoyer.

Although the QB market is sparse, if the best free agent quarterbacks you find are average backups, it’s going to be a long road ahead.

The new heads of the front office then moved on to make a great addition with wide receiver Pierre Garcon. Garcon is a proven wide receiver who will help this offense a lot in the coming years as he is a proven veteran, he also will help in adding veteran leadership on what will most likely be a young team.

Another addition to the receiving corps was Marquise Goodwin, a speedy wideout from Buffalo. Although his numbers weren’t great last year, his 4.27 40 yard dash time at the 2013 NFL Combine is what can make him so valuable and being adjacent to Garcon will certainly help his numbers.

Then the Niners made a good acquisition in fullback Kyle Juszczyk; however, they overpaid to get him. The contract they gave Juszczyk made him the ninth highest paid running back and the highest paid fullback. Although he may very well be the best fullback in the league, that $5 million per year could have been spent in more beneficial ways.

Those are the main acquisitions the Niners made this offseason, but some other good moves came with letting people go. Letting Torrey Smith go, although he has been one of the best and most consistent wideouts on the Niners. To rebuild this team you don’t want to keep a one dimensional wide receiver.

With these acquisitions to the squad, I don’t think the Niners will see an immediate improvement. Although it may not be by much, they should definitely be able to improve on their 2-14 record from last season. The main thing that needs to happen for the Niners this season is that they start to develop young talent from the draft and move forward. Winning this season is not the priority, getting this franchise back in Super Bowl contention down the line is the goal.