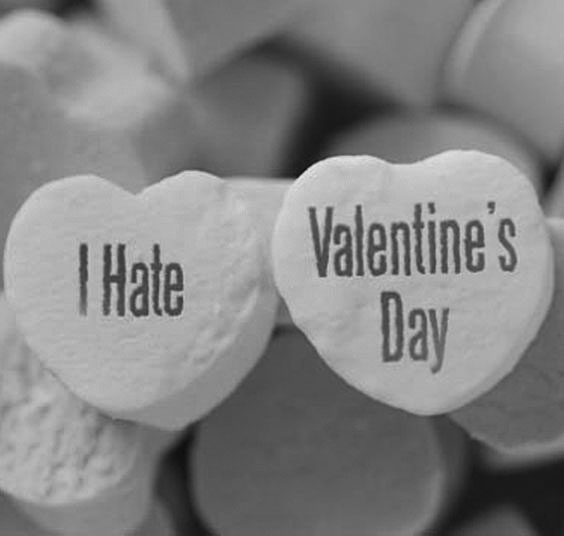 Roses are red, violets are blue, Valentine’s Day is awful and so are you.

Valentine’s Day intends to bring people together, but it ends up tearing them apart. For those who are in relationships, the expectations of each person are usually different, leaving a boatload of room for disappointment.

For those who are single on this treacherous “holiday,” constant reminders from commercials and social media emphasize they have no one to spend it with. We might as well call it Singles Awareness Day.

According to debate.org, 47 percent believe Valentine’s Day should be celebrated and 53 percent do not. There’s even a website called banvalentinesday.com where you can post reasons to ban the holiday. One of my favorite comments was “I sexually identify as a potato.”

Usnews.com reports that those celebrating this year are expected to spend an average of $146.84 on Valentine’s Day-related gifts. This is ridiculous. You could buy yourself enough Orbeez to fill a tub, a jumbo box of donuts, and a year’s worth of Netflix with that money instead of wasting it on a “loved one.”

Some of the most popular Valentine’s Day gifts are chocolate and roses. If someone gives you chocolate, they are bringing you closer to breaking out, getting fat, and feeling sick. There’s nothing romantic about it.

ListVerse.com revealed that, “the vast majority of roses sold for Valentine’s Day in the U.S. are imported from South America, wasting fossil fuels.” So not only is Valentine’s Day a waste of emotions, it is a waste of our resources as well.

The only reason roses should be imported is for the show The Bachelor. No exceptions.

One of the most romantic foods is said to be fondue. Justin Bieber confirmed it in his saucy sons5g “Boyfriend,” in the line “Swag swag swag, on you chillin’ by the fire while we eatin’ fondue.”

News flash: Justin Bieber is dead wrong. Eating on dates is awkward enough; adding gloppy cheese, runny chocolate, and pointy sticks to the mix, and you’ve got yourself a world class recipe for disaster.

In addition to the United States, Valentine’s Day is celebrated in Canada, Mexico, the United Kingdom, France and Australia. It saddens me to know that other nations have to suffer through this day.

According to history.com, Valentine was a priest who served in the Christian Church during the third century in Rome.

When Emperor Claudius II outlawed marriage for young men. Valentine, didn’t think this was right and continued to perform marriages for young lovers in secret. When Valentine’s actions were discovered, Claudius ordered that he be put to death.

What is the true meaning of Valentine’s Day? Is it to brag about how “in love” you are or the gifts that your significant other gave you? Or is it a day to wrap yourself in fuzzy blankets and shove two to three boxes of chocolate down?

Both of those options are a waste of money, time, and calories.