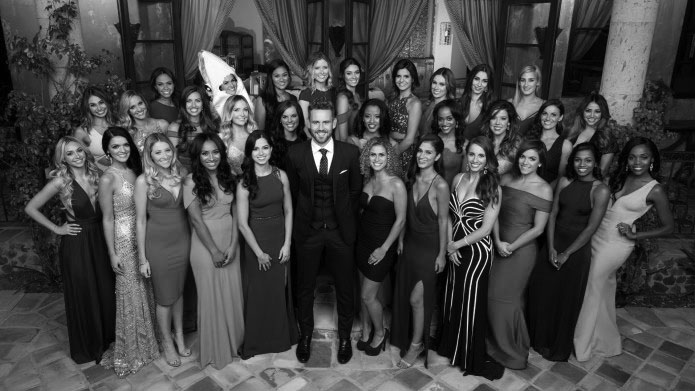 Snoozes, booze, a lot to lose, spray tans, and a hot man, without a plan. This season of The Bachelor is truly fascinating and as host Chris Harrison says every single season “It’s our most dramatic season yet.”

The Bachelor franchise never fails to unleash a whirlwind of drama but I have always been curious if the contestants are just as crazy when not on the show.

Join me in obsessing over relationships equivalent to the immature and short lived ones you had in middle school.

Being the highly knowledgeable and well connected Bachelor fan that I am, I reached out to my cousin who works at E! News and has met this season’s bachelor Nick Viall as well as other Bachelor nation celebs such as Ben and Lauren and “Bad Chad.”

He confirmed that who we see on the reality show is similar, if not identical, to the person they are off the show. I find this deeply disturbing given the number of lunatics in the show.

This season, I have become extremely involved in a Bachelor fantasy league (Bachelor version of fantasy football). Currently in second place, I am moving my way to the top.

Season 21 began with footage of the swoll, lightly bearded bachelor Nick Viall. This was shocking because the people on the show rarely show off their bodies.

Nick Viall has been on The Bachelor so many times that I’m starting to think he has a thing for Chris Harrison.

To be honest, I despised Nick at the beginning of the show, but I have found myself falling for him along with the rest of the contestants.

Viall looks and acts as though he is a robot manufactured by the Bachelor franchise, but I ain’t complaining. His closet overflows with custom man-sweaters and deep v-necks.

I imagine seeing his stylist slaving away for hours, curling each individual tuft of hair on the top of his head and carefully manicuring every single hair of his beard.

Despite Nick’s sandy brown curls and charming lisp, there’s no denying that he is a grandpa in Bachelor years at age 36.

Immediately, I spotted the frontrunners. Rachel the attorney and Vanessa the special education teacher both won Nick over. Clearly he was intimidated by their confidence.

Rachel and Vanessa melted into the background once Corinne arrived. Within the first hour of meeting Nick, she managed to stick her tongue down his throat.

Corinne is 24-years-old and has a nanny. Yes, you heard me right, nanny. The two things she doesn’t seem to have are a brain and a filter. Inspirational with a certain way with words, she repeatedly said “My heart is gold, but my vagine is platinum.”

Regardless of how many seasons I have watched Nick, he still manages to seem mysterious, but one thing for sure, he’s a kissing bandit.

By the end of the second episode, he had kissed the majority of the contestants.

This leads me to assume that the next girl who kisses him tastes the girl who kissed him before. By the end of the night, his lips must be grotesquely swollen and stained by layer upon layer of lip products. What a hard life.

The producers had to blur many of the girl’s skimpy bikini bottoms as they pranced around playing volleyball after drinking multiple shots in the middle of the day. Typical Bachelor.

On one of the group dates this season, the girls and Nick performed onstage with the Backstreet Boys.

This group of old, used to be popstars with questionable facial hair are clearly desperate because they agreed to be part of this show. During the performance, Corinne resembled a T-rex trying to dry acrylic nails.

Another standout date was when Nick took Vanessa on a zero gravity plane ride. After frolicking in space and somehow successfully making out while floating, Vanessa became nauseous and ended up vomiting.

Nick comforted Vanessa and continued to kiss her after, exemplifying his obsession with kissing. Some viewers may have found this sweet, but I found it to be disturbing and unsanitary.

I like the person Nick is with Vanessa, and I think she brings the best out of him. At the same time, I feel like Vanessa feels she’s superior to Nick.

The other front runner, Rachel, is intelligent, fun, and smooth on her date with Nick in New Orleans. I was extremely shocked when he decided to send her home.

An announcement on Feb. 13 designated her as the next Bachelorette. She makes Bachelor history as the first African American

Raven, the fashion boutique owner, came out of nowhere and stole Nick’s heart. Smitten with her in just one day, I think she’s here to stay.

I predict that Vanessa will end up engaged to Nick, Raven will come in second place, and Corinne will trail in third.

We shall see what the rest of the spicy season will bring, and we will see if Nick gets too stuck in his head to continue his own journey to find love.

At this point, I’m not sure if he will end up proposing at all, except to me.