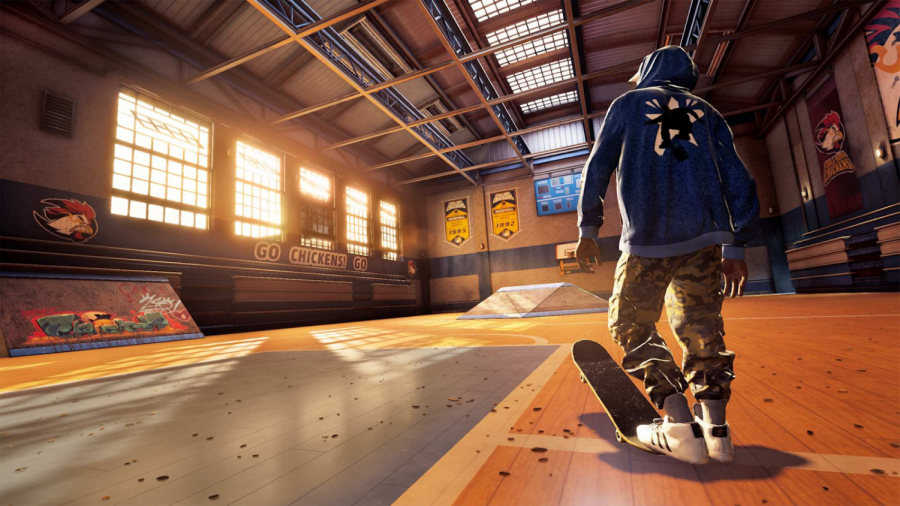 “Tony Hawk’s Pro Skater 1+2” was released on Sep. 4 by Vicarious Visions Inc, a revolutionary remake compared to no other. The original pro skater video games were released in 1999 and 2000. The revival of these classics brought back the fast-paced sensation with a new twist.

The game establishes a sense of nostalgia as it includes all of the original maps, soundtracks, and challenges of its predecessors. This said, the remodel of the video games brings the series into 2020 with fluid graphics, new sound-tracks, revamping from 30 frames per second to 60, making the experience overall more enjoyable, while still keeping close to the game’s roots.

Unlike its predecessors, the revival only includes 21 challenges with the benefits of the outcomes spread out to all of the 21 pro skaters, instead of just one. Even though there aren’t the normal plethora of challenges to work through, the game includes “special” challenges that unlock hidden boards and accessories. Furthermore, the two games are tied together with one central hub with all of the skaters and various challenges, stats, and achievements compiled into one location.

The player has a timer of two minutes to collect challenges, and complete combos. Unlike the original with seemingly instantaneous load times when you want to restart, the new game features up to five second loading times if not more. Even with extended wait times I find myself constantly replaying levels, trying to achieve higher trick combos, as the tricks bring a seemingly endless sense of satisfaction.

Furthermore, this game includes both local and online multiplayer. With its local feature, the player can choose between split screen and turns to best their opponent. The online mode allows you to play with friends and provide a space for players to avert their attention to if they find any other modes mundane.

The game also includes a function known as create a park, which integrates more functions, design options, and overall less glitches and better graphics then what could be found in its predecessors. In this mode, the player is open to create their own skate park with bountiful options, and its functions are withheld only by the bounds of imagination.

All together, “Tony Hawk’s Pro Skater 1+2” keeps the same nostalgic feeling from the original fast-paced cohesive game. It ties everything together with a superb mixture of hip hop and punk to keep players coming back for more. Vicarious Visions kept the modern version of this classic true to its roots, with the same gameplay, but also brought it into 2020 with precise graphics, smooth transitions, a higher frame rate, and less glitches providing fluid gameplay. From all of these features, I would rate the game a 4.5 out of five.