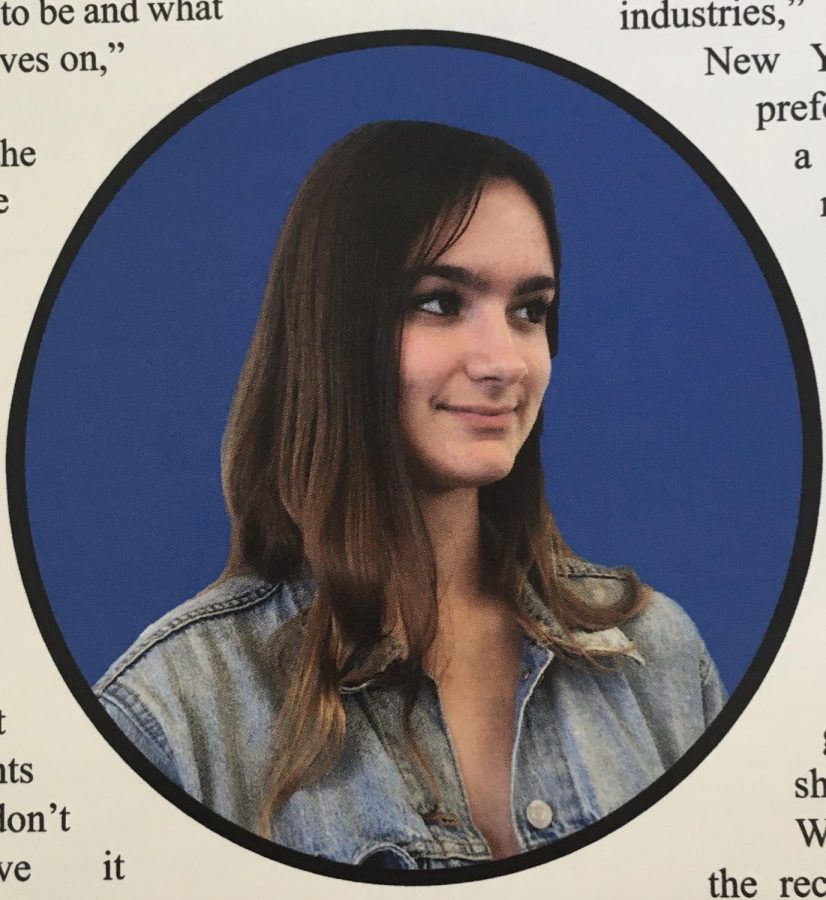 In a community lacking meaningful political identity, senior Julia Pelletier advocates for better protection of human rights on a global scale. Julia is a self-described liberal focused on human rights, especially when it comes to immigration and human identity liberties. She is also a member of Studies of the Environment Academy – Drake Integrated Studies Curricular (SEA-DISC).

She attributes her interest in human rights protections as well as her general political conscience to the travel ban of seven Muslim-majority countries in 2017. “That’s something that’s just so ridiculous, going against the core tenets of what our nation is meant to be and what we pride ourselves on,” Julia said.

Before the travel ban she recalled that she “existed as part of Marin County’s liberal bubble. I think a lot of people just follow what their parents do very blindly but they don’t really believe it wholeheartedly.”

With regard to immigration, Julia favors an easier asylum process and path to citizenship for undocumented immigrants in general. “[immigrants are] coming no matter what, and whether or not we prosecute them and send them back to a world in which they can’t survive, or we take them and we integrate them to make our country’s economic system stronger is a decision that we can make.”

In alignment with the motivations of SEA-DISC, Julia also believes in a strong response to a changing climate. She believes that “in a perfect world [the Green New Deal] would be the best thing to do,” but has doubts about the government’s ability to make that happen. The Green New Deal is a “proposal that calls on the federal government to wean the United States from fossil fuels and curb planet-warming greenhouse gas emissions across the economy. It also aims to guarantee new high-paying jobs in clean energy industries,” according to the New York Times. Her preferred strategy is a general push to reduce greenhouse gas emissions. “Every person should be doing what they can to make a difference, but the power is really within the hands of Exxon and all the giant companies,” she said.

When it comes to the recent clash between the U.S. and Iran, Julia favors a much less aggressive approach than the actions taken by the Trump administration. She believes the U.S. “should’ve done something else or nothing at all.” She described the choice to kill General Qasem Soleimani as “ridiculous.” She attributes support for U.S. acts of war in the Middle East to racism and misguided patriotism, and believes that the U.S. should work to reduce its general military presence around the world.

Another issue that Julia is passionate about is abortion. From her point of view, the right to an abortion is part of the list of human rights and general freedoms that cannot be restricted by the government. “The thought of a man in the white house choosing what I can do with my own body is absolutely terrifying.” However, Julia understands people who are opposed to abortion from a religious or moral perspective.

Julia currently plans on going to college somewhere on the east coast after she graduates, and is specifically looking for somewhere where there is a diversity of thought and a wide range of political beliefs. She claims the liberal homogeneity of Marin creates a non-inclusive political atmosphere. This creates a culture in which she says “there are some people who tout certain views not because they believe it but because they want to stir things up.” Julia thinks this is a major problem because such unfounded contrarian views can become “dangerous.”

Despite acknowledging the presence of political activism on campus, Julia wants Drake students to be more aware and welcoming of different views. “It’s hard to really form your own opinions until you hear something that counters it.”