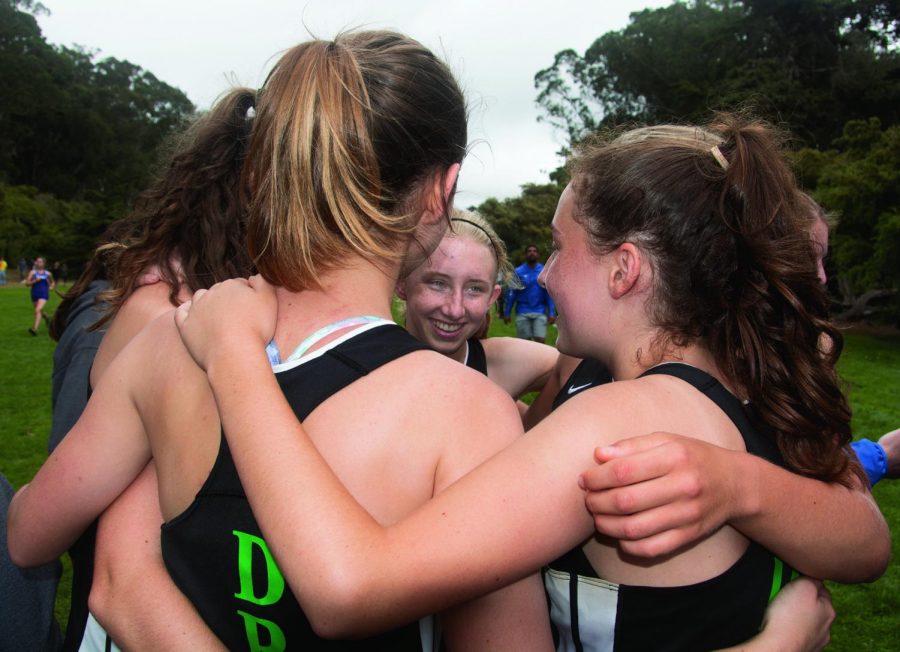 As the fall season wraps up, the Drake cross country teams sprint forward in their quest for postseason titles. After a successful Marin County Athletic League (MCAL) meet, they’re gearing up to face their next trial at North Coast Section (NCS) on Nov. 23.

On Wednesday, Nov. 13, the boys captured the MCAL pennant and the boys’ team remains undefeated.

When asked about her highlights of the season, Robyn Berry, the boys’ varsity coach said, “Right now, just winning the county championship for the third time in three years. Not just that, but this was the first time we’ve had five people race since Sept. 21, and you don’t know if it’s going to come together. When it did, that was incredibly rewarding.”

The girls came in fourth, with Redwood taking the championship. The Pirates came into MCALs in fourth place with a 5-3 record.

Both teams will be losing some standout seniors next season, but Berry is optimistic about new talent.

“I don’t like to talk too much about next season ‘cause we still have so much of the season to go, but as you can see, the number two, three, four, and five runners are all juniors, so I think the team will be very strong for years to come,” Berry said.

After last season, when NCS races were canceled due to heavy smoke, the teams have high hopes for this year.