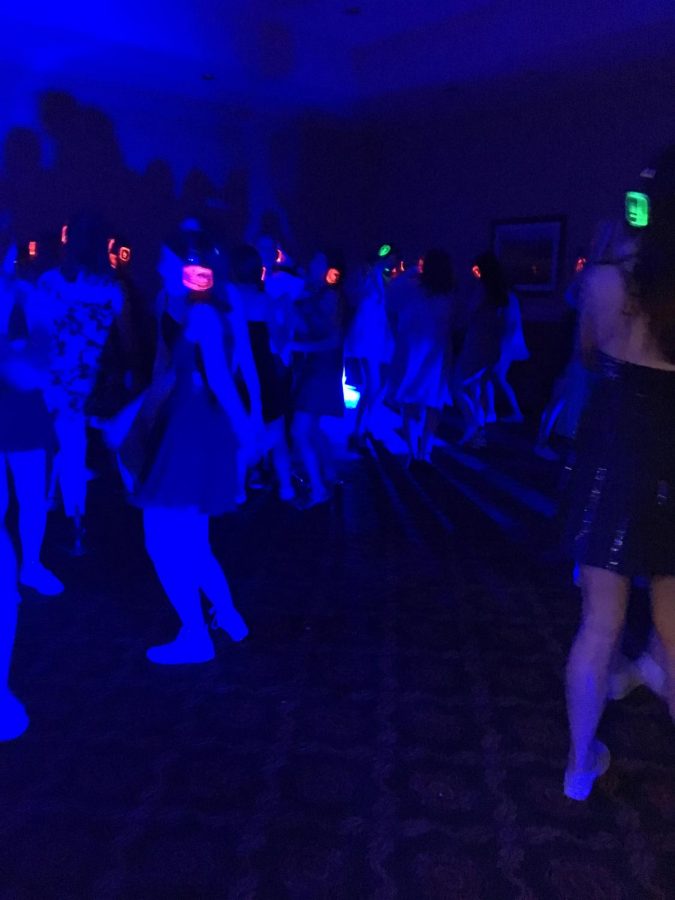 The “Roaring Twenties” Winter Formal had many alternatives to just being on the dance floor including a casino, silent disco, photographer, and photo booth.The silent disco seemed to get the most attention from students, causing a line out the entrance. Students voiced a surprisingly positive reaction based on previous Winter Formals not living up to their standards or lacking space for dancing. “Being a senior, I thought it was definitely more enjoyable than previous Formals because of the venue.

It gave us more space on the dance floor which prevented the pushing and shoving we have experienced before. The hummus was also phenomenal.” senior Sadie Cudd said. The “no buying tickets at the door” rule seemed to not be a problem because students purchased around 800 tickets. Even though the number of students was fairly large, there was enough space for everyone to enjoy themselves.

Senior Burke Fraser thought the best part of the dance was the silent disco because there was room to dance and a place for him to be with his buddies. “My weekend was made when all my friends had a really good time dancing together at our last Winter Formal.” he said. Sophomore Ava White also enjoyed going to the dance.

“This dance was super fun, and I loved how there were different things we could do so it wouldn’t get boring” she said. This event’s success belongs to the Associated Student Body’s work to plan and hold the dance. “Putting on big events like rallies and dances is very difficult because there are so many factors to consider and things that could go wrong, but I knew our class would be able to pull it off.” ASB junior Ray Holmberg said.

Music was another aspect of the dance that had pleased many students. ASB senior Sona Halajian created both the ballroom music playlist and for the silent disco. Senior Chloe Mansbridge enjoyed the style and variety of Halajian’s music of choice.

“The silent disco playlist was especially good because we had the choice of three different styles at every moment. This year I actually heard songs that my friends and I listen to.” she said. Overall, the 2019 Winter Formal was a success.

“The silent disco was definitely my jam because instead of seeing students dance around to unseemly music, I saw kids being kids and having fun with each other.” English teacher John Weller said.