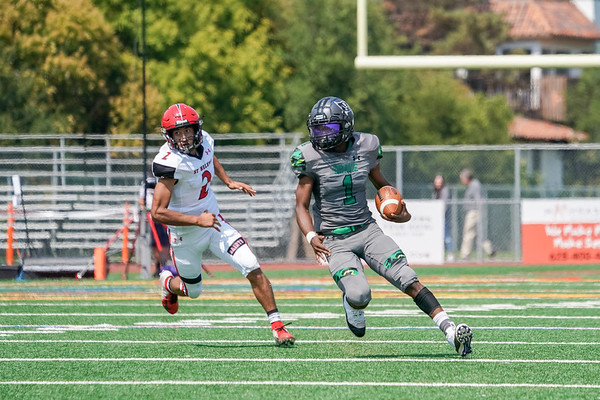 The football team has reason to be optimistic heading into the tail end of the season. With MCAL in full swing, the squad (3-3, 1-2 in MCAL) is in the thick of the NCS playoff picture.

The team is led by seniors Daniel Forrest, Terrance Coleman, and Sage Kleiman. The experience of the three veterans has helped raised the bar for a team usually out of the hunt at this point in the season.

“Despite a little rough stretch in the middle, the season has gone well so far,” Forrest said.
Spirits will be high heading into the Homecoming date with San Rafael, a team that typically struggles in league play. Before the start of this campaign, the Bulldogs hadn’t won a league game since 2010. However, a 28-8 victory over Novato on Sept. 29th ended the dismal streak, and will give San Rafael signs of life before the pivotal matchup.

“Playoffs will be tough to reach,” Forrest said. “We will need to beat either Terra Linda, Marin Catholic, or Redwood who are all very strong.”

The Homecoming game will be followed up by home fixtures against Terra Linda and Marin Catholic, before an away matchup with Redwood closes the regular season.

If the team hopes to make NCS playoffs for the first time since 2013, they will most likely need more wins than losses in the final four games of the season. There will not be much room for error, given one opponent is powerhouse Marin Catholic.

The 2013 squad earned a 6-4 regular season record; this is attainable for the current squad if they drop only a single game in the next month.